TVA -- a most amazing project 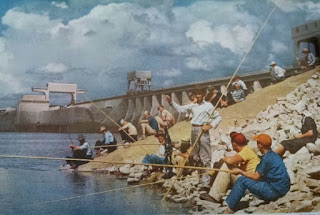 There's a close connection between the loss of Fairfield and the consequences of the Great Depression. You just need to look past the obvious and get to the ... real obvious.

The year was 1927. One of the worst floods in history ravaged the Mississippi Delta and sent America roaring into the global downturn without a plan.

How to end flooding on the Mississippi was a matter of identifying ways of actually achieving it. A flood control act was passed in 1928, but a larger comprehensive plan was needed.

The grandest plan of all was perhaps the most overwhelming. It would divide the country politically, affect the lives of millions and produce one of the most fascinating engineering miracles of the 20th century.

It was called the Tennessee Valley Authority, the TVA ... the solution to many problems, the creation of a few others and ... would lead to the general notion that controlling our rivers would control our economy.

Or at least reduce the shock of having it washed away every spring.

TVA was widely opposed by many when it was created in 1933. Socialism, it was called.

The Depression had produced more than its share of interesting viewpoints but none carried a candle to the strategies of Franklin D. Roosevelt, who was convinced that massive federal spending was the only way to turn the tide. Arguably he was right, in the end.

Either way, the legacy remains. 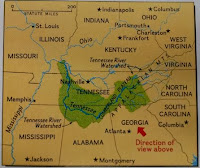 Consider the living conditions of most of rural America in 1933. Almost nine in 10 did not have electricity, so the new-fangled radio that was charming the rest of the world was something of little or no value to people who had no supply of electrical power.

Historian David Kennedy called the TVA "the forward edge of the great transforming blade of federal power that would resculpt the Cotton Belt into the Sun Belt."


The TVA would have many roles, ranging from malaria research to fertilizer production, flood control recreation, and conservation. Mainly, TVA was a source of electrical power. By 1945, electricity was wired into nearly three-fourths of the Tennessee Valley, leading to industrialization and a new kind of economy.

TVA was probably Roosevelt's chief victory in his "socialism" that brought America out of the mud and into a world that allowed it to compete against the Nazis and the Japanese in World War II.

What was TVA and why do we care?

A series of 27 dams from eastern Tennessee westward into the valleys of Alabama, Virginia and Kentucky ... it's not exactly flatland in that direction, so unlike Brookville, where one dam controls the lake, the TVA structure is many dams that level out the lakes over hundreds of miles.

Lakes created by TVA are numerous and hold back and tame rainfall that can reach as much as 80 inches a year in some areas of the Smoky Mountains in eastern Tennessee.

It's about 700 miles long from start to finish, and the Tennessee River is essentially nothing if it isn't one long series of controlled waterways.

National Geographic did two significant studies on the TVA, one in 1948, a dozen years after the project was essentially done ... and again in 1973 after 40 years on the job.

In the 1948 article by Frederick Simpich:

"Since 1936, when the first dam above Chattanooga was built, 15 floods have started on the Tennessee River. The crests of all have been reduced. Total estimated savings in flood damages to that city alone are well over $20 million."

But the enormity of TVA and the economy it generated over the middle third of the 20th century is essentially the reason that government continued to pursue eminent domain projects like the one that doomed Fairfield.

Why? Mainly because it could.

Brookville Lake, if part of TVA, would be a single entity in a much larger-scale project.

How did TVA become so controversial? First off, it displaced thousands from their homes and was ridiculed by its opponents as government milking the land just to sell electricity back to people who had no need for it. Some questioned whether the government had the constitutional right to take people's land without asking, though various native Indian tribes were probably not asked to weigh in on that.

But Roosevelt's experts knew that TVA was more than just a giant power supply. The so-called "state's rights" argument was thrown up ... a fairly common argument when the federal government moves forward on any project.

"Upgrade life in the valley, improve navigation on the river, flood control, reforestation, better use of marginal land, to spur agricultrual and industrial development."

Oddly, one industry came to fruition as a result of TVA -- in Oak Ridge, Tenn., where the atomic energy production began. It seemed we needed more electricity than TVA could produce.

That happened in 1943 during the war. National Geographic's story in 1973 says "Most Oak Ridgers (who worked there) didn't have the foggiest notion what they were doing at the plant."

But from the valley also came another source of energy -- coal -- and there was enough of that along the valley to cause environmentalist outrage. Strip mining was a cheap and easy way of mining coal. Parts of the valley were ruined. Remediation was slow and probably not sufficient.

Flood control on other river basins was not directly connected to TVA, but the notion that managing the Ohio River was nothing new. Flooding was regular on the Ohio.