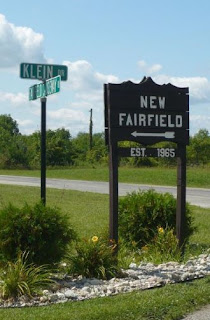 So what if you just took the money and ran?

The federal buyout of homes and property in the valley of the East Fork did not come without some strings attached, though being displaced typically meant being forced to find other lodging. In the case of most in the valley, that meant ... not too far away since it wasn't the job that was being flooded.

The Army Corps of Engineers, during a long period of organizing the drill that would empty the valley, clarified the homeowners' tax liability rights and responsibilities.

The Indiana Department of Revenue would not require collection of gross sales tax at the time of property sale for the reservoir and gave landowners two years to reinvest funds "in the same type of property."

If you lived in a school bus, one could assume another such dwelling was nearby.

After two years, the sales tax bill came due.

As for cost, as late as the spring of 1965, the overall cost of constructing the dam was still variable. According to the Richmond newspaper:

"Nobody knows how much the reservoir will cost. The original estimate was $17.7 million. By 1962 the best guessers said $22.6 million. Now they are saying $27.2 million. It may go higher as the years slip by."

In the end, nobody who lived in the valley of the East Fork much cared what it cost.

Meanwhile, the cumbersome process of dismantling the town and its people sprawled out over a number of years, aggravating a plan to actually relocating the town on the Huber-Klein farm overlooking the valley.

The first homeowners to sell out were scattered here and there, all having diverse reasons for needing a home.

The downfall of the relocation to New Fairfield was the slowness in which the town site was developed. By the time roads were cut in the blueprinted area and a causeway constructed, most who lived in Fairfield were already located somewhere else.

It wasn't likely that many were inclined to come back "home" to a town site that had graded dirt roads, no school, no store, no church, not much of anything except a gravel road to a highway that was about to be flooded.

It would be well past 1970 before the valley was cleared and leveled. New Fairfield was still mostly a soybean field.

Services to be rendered were services yet to be identified. The first houses built in the new town were isolated.

New Fairfield was cold and forbidding, a far cry from the vague promises that the Corps of Engineers had promised and delivered in Somerset, which had provided the relocation model.

New Fairfield appeared to be doomed. The long tedious process of buying the land and moving the residents had all but done. Folks didn't just "up and agree to move" as a group. They went away, one family at a time.

After the school closed, there was no reason to stay in Fairfield.

Perhaps one of the most gut-wrenching items to be published at the time came from Willie T. and Nannie Davis, who owned the grocery in town. In an ad in the Brookville newspapers dated July 9, 1964, the couple announced they planned to sell the store and its assets.

"We are the only store in the valley which the dam will affect but you may have many years before it would be completed. We are a good business and if you are interested come in and see us. We can give quick possession to home and store."

There were no takers.

The town was laid out by the engineering firm of Sieco Inc. of Columbus, Ind.

The alternate New Fairfield on the Naylor-Butcher-Luke property never gained any support, and only three houses were ever moved there. According to a Richmond newspaper article:

“A new community is being established along Ind. 101 as three residents of Fairfield evacuate the lowland town that will soon be inundated by the Brookville Reservoir.”

“Mr. and Mrs. Leroy Stevens, Mrs. Marie Poe and Mr. and Mrs. Bob Chapman from Fairfield and Mr. and Mrs. Dale Ross from Richmond joined together to purchase 34 acres of land, one-half mile northeast of Fairfield. They are calling the establishment Casa Laderas, meaning in Spanish, Hillside Homes.”

“The Chapman and Stevens homes already have been moved to the new location while the Poe home is to be moved later. Ross, a Richmond builder, has not announced his plans. A central water system has been installed and the hillside area leveled for plats.”

“It is hoped others will join in the venture, thereby establishing a future small town on the bank of the new reservoir. It will be 1,000 feet from the Chapman home to the water's edge when the reservoir is filled.”

The area is denoted by a sign "PRIVATE DRIVE" a few feet from where the James M. Thompson memorial rock was placed.