This entry has nothing to do with Fairfield or even Franklin County. But it was fun to learn about this.


Century-old histories of Indiana are frequently much less about history than a measure of the moment.

Often baffling in presentation and usually amusing as a result of it, not much of importance escaped the authors of these tomes. 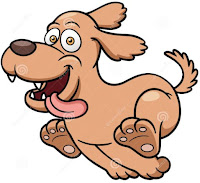 A 1915 history of Dearborn County, compiled by Archibald Shaw, remains a fascinating study. Ranging from what would have been the "politically correct" viewpoint of the time to its uniquely cumbersome writing style, the book is more than a thousand pages of sheer delight.

Unlike regular histories, you never know what you'll find.

Case in point: The legendary Dog Leg Society of Lawrenceburg.

Please state the secret word at the front door. "Woof!" (You're in!)

Shaw describes the erstwhile society in glowing terms. (Kinda makes you want to start your own chapter.)

"As extinct as the great auk, the Dog Leg Society lived its time, which was for about forty years following the Civil War. This organization, if it may be called such, sprang into being spontaneously -- no one knows exactly how or why."

"Of philosophy they had plenty and of sophistry and sarcasm and imagination they were likewise plentifully supplied."

It appears Mr. Shaw had some insight into the Dog Leg Society, perhaps knowing where the bones were buried.

The society apparently just happened when a bunch of Lawrenceburg men decided they had a lot in common, evening hours to kill and thoughts to share. So they met along the riverbank in mild weather and in a nearby grocery store in rough weather.

Uncle Russ Hollister was the lead dog, Shaw reports, claiming the organization got its name from a brand of chewing tobacco named "Dog Leg," evidently one that most members (or was it a requirement?) chewed.

In any case, Uncle Russ was the head provocateur because of his "biting jest and perversions that would make old Ananias himself blush with shame." (No idea who Ananias was but I assume he was the guy from old-time Greek politics or early Christianity, or a saint or a mathematician.)

It seems the Dog Leggers were first on board every day when the news of the town, state, region, world, or universe was made ... "Uncle Russ was wont to offer caustic comments ... and the scope of his remarks was vast."

Shaw says the best-known Dog Legger was Jacob Kiger, "a grand old man, upright in every way and God-fearing." Uncle Jake was inclined to read the Cincinnati newspapers faithfully and was inclined to share their contents, as well as his divined opinions.

Of Uncle Jake, Shaw writes: "His memory seemed to be the most tenacious on stories that bordered on the unusual and he would recite them very deliberately, pausing now and then for the expected comments of Uncle Russ and the others."

The Dog Leg Society appears to have been an eclectic group, not bound by politics, religion or ethnicity. They frequently argued over such matters, Shaw reveals.

"But the idea must not be gathered that they were vicious or maiicous in their observations." (Refreshing! We could use some of that today.)

Calling them "kindly old gentlemen who had, from long years of practice, become accustomed to expressing themselves in such language that to the uninitiated seemed generally out of tune with the subject under discussion." (Kind of like Facebook, right?)

Demise of the group? Easily explained, Shaw says. "One by one the members answered the great call and the little band dwindled down until the final Dog Leg passed down the vale and left the memory of the society to those of us who have grown up with it and seen it go."

I found Shaw's volume in the genealogy section of Porter County Library in Valparaiso. It's likely to be available in other libraries.