The Photography of Ben Winans

All of us have a short list of names of people we'd like to "do lunch with" if we could go back in time.

Ben Winans is at the top of my list, maybe not so much for who he was, but for what he saw.

The infrastructure that made up the Whitewater Valley was to be something more than just the usual stuff to Winans and for that, we are extremely grateful.

Winans' photography has been captured in a book produced and written by Franklin County historian Don Dunaway and includes pictures of places long gone from the memories of even the people who might have reason to remember.

These are photographs from the first decade or so of the 20th century and include images of bridges, churches, schools, social events ... and people.

Winans' photos captured in great detail the devastation of the 1913 flood on the Whitewater River, as well as great welcome-home parades following World War I ... awe-inspiring photography.

According to Dunaway, Winans' work was all but forgotten after his death in 1949 at age 90. In fact, Dunaway writes, Winans' obituary in the Brookville newspaper neglected to even mention the man's photography -- only that he had been a printer for 75 years.

But the glass-plate negatives had been in the possession of an Anderson, Ind., newspaperman named Eugene Bock, who knew of Winans and was able to get possession of this trove of history.

Bock, in the 1980s, made arrangements to give the collection to Dunaway, who put together the book that contains around 130 of Winans' pictures, taken between the years 1902 and 1926.

The publication is available at the public library and it can be purchased.  AMAZON

Dunaway, a Franklin County native, has done remarkable work in identifying the photographs.

So who was Ben Winans?

He opened a printing business in Brookville in 1891. The business served him well and gave him the opportunity to pursue a love of photography. He found particular delight in the natural settings that made the Whitewater Valley so interesting.

Dunaway says Winans' skills in the darkroom were amazing. "These negatives -- a testimony to Winans' darkroom skills -- survive today in remarkably good condition, thanks to another avid photographer (Bock, of Anderson) who had an interest in Winans' work and thought it worth saving."

Winans went one step farther with his craft. He actually described the photographs. Darned handy if you weren't there when the moment occurred.

It's likely you see old Winans postcards from the Brookville area, dated around 1910-or-thereabouts. Had it not been for Ben Winans, a measurable amount of Indiana history would have been lost forever. 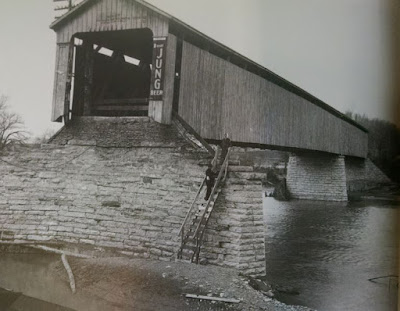 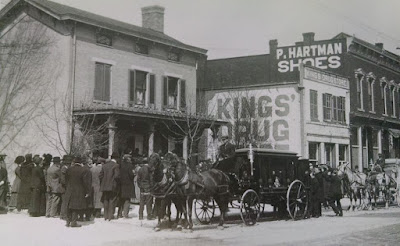 Eight members of the Fries family of Brookville perished
in the 1913 flood. Winans captured the funerals. 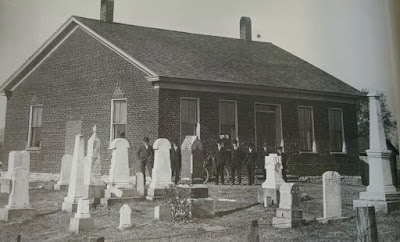 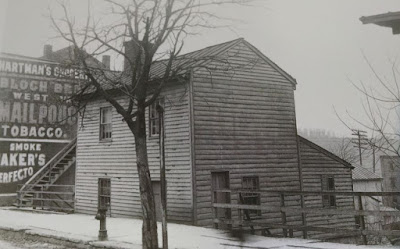