History from the ground up -- Part 2 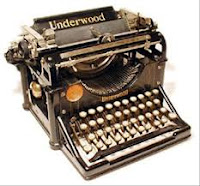 The beauty of news from the first third of the 20th century is that it's straightforward. There's no waffling, no rebuttal, no opposition, no debate.

If a citizen reported the news, there was news. Lying about it was simply not an option. Your name often appeared next to it and everyone who cared knew whether you were telling the truth.

The truth, as you knew it to be a fact.

Take, for example, the somewhat frightening episode that Mrs. Mary Pinkerton stared down in 1934. (Please note that she was referred to as Mrs. Mary, and with good reasons, since she was a widow, not a spouse.)

Mrs. Mary Pinkerton, 86, a widow living alone in Fairfield, had a terrifying experience Saturday night when she woke out of a sound sleep to find a man standing by her bed.

She screamed twice, but before neighbors could get to the scene the intruder escaped through a window. No motive is known for the act, which occurred about midnight.

The act had its counterpart in one committed about 5 years ago, when Miss Louranna (my edit: Laurana? died 1948) Yocum, an elderly woman living alone in Fairfield, was awakened by a man clutching her throat.

Citizens of Fairfield are outraged at these occurrences.

This report is so full of holes as to render it almost useless as believable news, but we'll run with it because it illustrates the simplicity of rural life in those days. According to the story, Mrs. Pinkerton only had to scream twice before neighbors (obviously awake and nearby at midnight) were able to rescue her.

The Democrat obviously obtained this report through its Fairfield correspondent, but one presumes the county sheriff was involved, though it's not mentioned. The convenient escape window makes the story even more compelling.

The connection with Mrs. Yocum's terrifying experience is interesting.

More basic is the naivete of the writer, the publisher and the public about the practicality of revealing such information to an anonymous readership. Both of these elderly women lived alone. Lucky for Mrs. Pinkerton, those well-placed neighbors served as a buffer against deviant behavior.

The correspondents (usually nosy women) who filed these weekly reports had little training in journalism, as if that was a prerequisite for gossiping about the neighbors. What results is endlessly fascinating reading that's better than a well-executed Steinbeck novel.

I didn't find very many examples of deviant behavior in Fairfield during my random searches of the county newspapers in Brookville (they are in the old high school at the clerk's office) but there were reporting trends.

In many cases, the writers (or correspondents) assumed that the baseline details were obvious. We all were (totally) aware that Mrs. Pinkerton was a lonely widow.

And if you didn't know her, you wouldn't know that.

We can therefore assume that the midnight intruder was ...

... and you can bet your last dollar that everyone in Fairfield could answer that question.

Despite, of course, their outrage.