History from the ground up -- Part 4

Our ongoing look at the history of Fairfield essentially from the town's own point of view:

Well into the 1960s when the town finally went out of business, the business of minding other people's business was nothing short of an art form.

In that regard, Fairfield was not unique. The mind-numbing tedium of the weekly town reports can be endlessly amusing.

Off and on, back in "the day," some real news came out of Fairfield, though it's difficult sometimes to evaluate it. Take this example from a 1920s Brookville Democrat:

Fairfield W.F.M.S.
Held Interesting Meeting
---
The W.F.M.S. of the Fairfield Church met with Mrs. Herbert Jinks for the January meeting. The opening song was "I love to tell the story," by the Victrola.

After prayer, Mrs. Preston read the hymn, "Where cross the crowded ways of life." The hostess had charge of the devotions "Your mecca and mine" from "The Rose Jar."

Owing to sickness and unfavorable weather, only eight members were present, yet the meeting was much enjoyed.

Yes, mind-numbing. The man who set the type for this thriller was probably astonished to learn that the headline was a foreshadow of something truly great.

These women were perhaps in their 40s at the time of this meeting. They'd come from vastly different worlds than we live today.

It's also important to understand that Fairfield and towns like it were not considered tasteless backwaters. Women's organizations strove to maintain a dignity and sense of morality that gets lost during our attempts to trivialize it.

Could an "interesting" meeting of the Methodist women possibly have mattered? Dunno ... click "like" if you really appreciate the taste of Mrs. Jinks's fruit salad.

It does appear, however, that some components of the meeting were scarcely "Methodist" in nature. "Little Light Bearers" appear to be Seventh Day Adventists. The "Moslem women" reference is self-explanatory. Curious stuff.

"The Rose Jar" is a book of verse and musical lyrics published in 1906 by Thomas S. Jones. One search suggests a Mormon connection to this title, though it appears Jones was not Mormon. I can't reconcile that difference.

But we need more inspiration from the Victrola!

The old Democrats are sprinkled with "filler" news, which is the old newspaper trick of having enough type to fill the columns when all the really important stuff comes up short..

No shortage of this stuff. 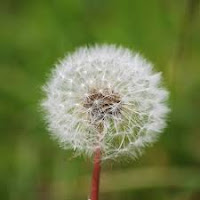 Twenty-four hours after announcement of the discovery by the university horticultural experts, thousands of letters were received inquiring for the details.

The basis of the university's new discovery is from sulphate, commonly known as green vitriol. Full investigation has shown its efficacy, it is said. The spray is made by dissolving iron sulphate, which is obtainable at any drug store, in water at the ration of two pounds to a gallon of water. One gallon of this solution will spray 800 square feet of lawn. Three sprays are necessary every year, one in May, one in June and the third in the fall.