This is one of those 'I wish I knew more' yarns that makes the history of Fairfield Township so endearing.

One could scrounge through the archives of all the records in all the offices and caves and dugouts in a million ratholes and not learn how the lives of so many were altered by the acts of so few ... or the intervention of Providence. 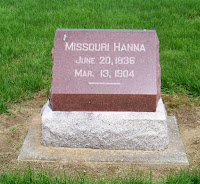 In 1882, Franklin County's leadership came upon the notion that something needed to be done with the children of the very poor. Presumably, these were children of the paupers who had taken up residence at the county's poor farm.

Kids needed something else, like school ... um, the necessities, as such as one could identify them in the latter part of the 19th century.

I presume some of these kids were orphans, though that isn't clear. The essay doesn't name them.

They were Pauper children.

August Reifel's history from 1915 provides a comparatively sensitive look at the matter.

"It was not until the year 1882 that Franklin County had a children's home, although there had been much agitation toward providing a suitable home for the children of the poor asylum." (A poor farm had been in place since the 1850s.)

Taking a step back from that, the apparent approach to the poor in those days was how to treat them as a commodity. Just put them someplace and do what was necessary to see that they didn't just ... die.

Being poor was a matter of user definition, I suppose.

In any event, the state legislature in 1881 had set up some guidelines on how county governments could approach the matter. In those years, county and township government was the basic premise for most decisions. The state simply oversaw the process.

In June, 1882, the Franklin County Commissioners appointed Miss Hanna as matron of the asylum and paid her 30 cents a day per child. She was to provide a home on her farm in Fairfield Township. The Hanna farm was about two miles south of town along the river.

"At this time, the commissioners directed Superintendent Shaw, of the poor asylum (south of Brookville), to deliver to Miss Hanna all the children under his charge between the ages of 1 and 16 and on July 10 of the same year, he turned over to her 11 children."

Basically, the kids were cut out of the herd and sent elsewhere while their parents remained at the poor farm. Presumably this was considered a sensible idea. I've found nothing that suggests it met with much resistance. One-year-olds?

By December, the number had grown to 16, eight of whom were attending school in Fairfield, though it does not say which of the three schools they might have attended. They may have gone to school at Farm Hill, which was closer. Saltwell might have been an option. One-room schools, both.

A visiting committee "reported that the children were being given the best of attention and to the best of their knowledge were being cared for in a very satisfactory manner."

Reifel says Missouri and her sister, Sarah A. Hanna (the author of 'House of Hanna'), managed the affairs of the pauper children for 7 years. "Each quarterly report of the visiting committee to the home indicated that the children were given every possible attention."

"The home is unquestionably an honor to the county and the Misses Hanna have certainly shown a capability for the work which challenges all comparison."

Curiously, Sarah Hanna does not mention Missouri or the children's home in her 'House of Hanna' book. In that respect, it's quite disappointing.

The children were moved in 1889 to a new home in Brookville after the county decided it would be more economical to run its own facility than to pay rent in Fairfield.

The new children's home was located on 32 acres adjoining the county poor farm, which made sense inside the apparent bureaucratic cruelty of the process. Landowners who sold were the Wright and Lewis families. That facility was still in use when Reifel's history was published. By that time, the process of finding foster homes for the children had taken hold

The final county assessment of the Hannas' work.

The history of those whose value was measured on what they cost the county seems lost to a story never to be told. We can only imagine. 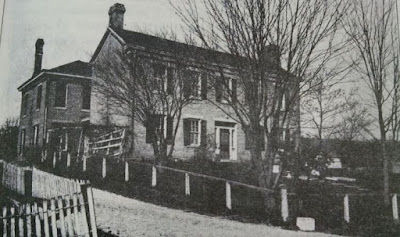