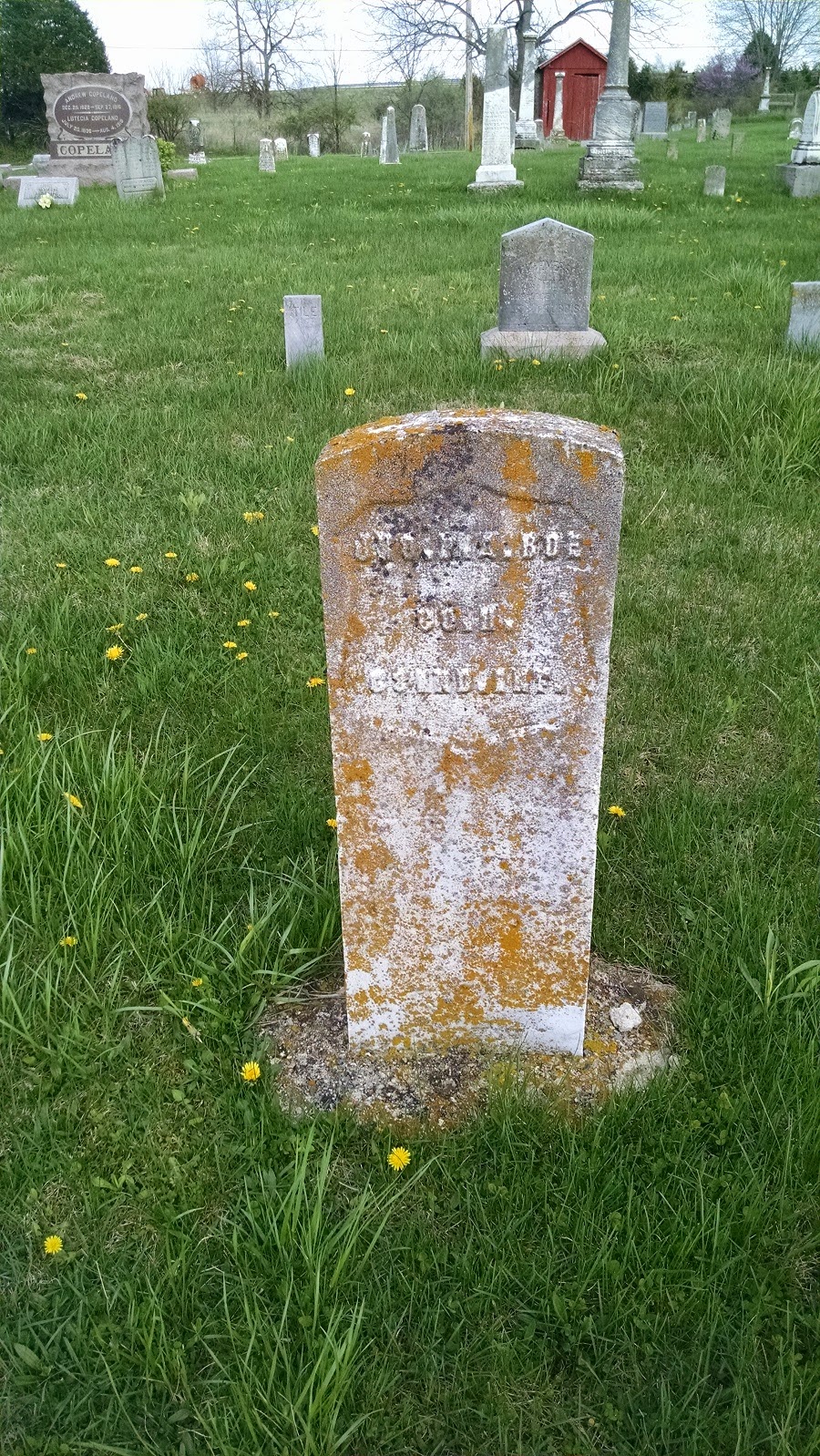 That would precede the founding of Franklin County itself by a year. In effect, the graveyard was in Dearborn County at the time.

Old Franklin EUB-Methodist Church in its current state, was built in 1831 and is one of the oldest functioning churches in Indiana on a continuous basis.

The cemetery itself is in pretty good shape and the county genealogy site says about 500 graves are marked and/or acknowledged. This cemetery was affected by the federal reservoir project only in how it's accessed. The stones and graves were not challenged by the lake.

The 1810 establishment date would seem early if it's compared to the dates of death on the genealogy website, though a number of stones are "illegible" ... so, anything's possible.

It's also worth noting that the site of the church and cemetery match up with the land entry by the fabled Robert Green, who's been given credit for entering a section in 1804. I've mostly determined that Green didn't show up until 10 years later, but the history books are already written.

The church and cemetery are visible from S.R. 101 just south of Causeway Road. To get to it (there's only one way in and one way out) ... turn west on Causeway Road, toward the lake, and it's a few yards up, on the left.

Sims-Brier and Bath Springs cemeteries, the other two that will be discussed briefly, are both nearby.


Some of the oldest graves in Old Franklin:

As in most rural cemeteries, family names are common. Old Franklin's listings include lots of:

Note that cemetery listings are probably incomplete.
Church services are Sundays at 9 a.m. EDT. Parking appears to be limited.