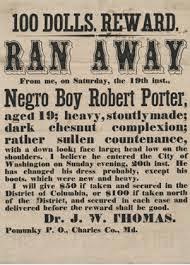 There are other blog entries here that discuss the influence of the Quakers on the formation of the Whitewater Valley. None is more apparent than their role in the Civil War. I've rediscovered an old email from Patricia Smith, though I no longer remember my connection with her. She offers some interesting insight on this blog entry.

The Quakers, also known as the Society of Friends, had no direct influence on life in Fairfield, but they didn't miss it by much. As strict abolitionists, they came to Indiana as early as 1812 and were entrenched by 1820, though more in Fayette and Union counties, northward to Wayne County where they were extremely influential.

Quakers, by and large entered the years of the civil rebellion as conscientious objectors and generally refused to serve in a military role. There were exceptions and Quakers were typically scorned or mistreated for failing to volunteer for militia service. Many were jailed for refusing to fight.

But their most significant role in the years leading up to the Civil War was their management of what became known as the Underground Railroad.

Not a "railroad" at all, it was a path from slave states northward into Indiana and Michigan and eventually, Canada for blacks (referred to as Negroes at the time) who were runaways. The practice of helping slaves escape was ongoing and it was difficult to measure.

Typically, those who managed it were disinclined to discuss it, let alone enumerate its successes and failures. No one knows for certain how effective the Underground Railroad was, or how many slaves it helped. But it was real and Franklin County played a key role.

Orloff G. Miller, a spokesman for the National Underground Center in Cincinnati, wrote:

Most of the routes across the easternmost counties of Indiana crossed Franklin County northbound for Newport, In Wayne County. One route came up the Whitewater River Valley from Lawrenceburg to the Quaker settlements south of Brookville, and on to Fairfield, thence into Union County. A route also crossed the county from the west, out of Kingston/Clarksburg in Decatur County.

There were very few established Quaker settlements south of Brookville, though Quakers bought land in the Highland Township area prior to 1820, most as land speculation. That area eventually became heavily Lutheran. Few Quakers actually settled in that part of the county, though fleeing blacks would not have known that.

Wayne County is the heartbeat of the Indiana Underground Railroad, thanks to its heavy Quaker population. As well, Universalists in the Union-Franklin County area were aligned to the Quakers on many matters of faith, including their disdain for slavery.

Perhaps the most famous Hoosier in the Underground Railroad movement was Levi Coffin, whose home in Fountain City (then called Newport) is considered a destination for people exploring the history of the era. Coffin and his wife Catherine are credited with aiding more than 3,000 runaway slaves.

Blacks fleeing the South did sometimes stop in Franklin County and remain for a time. The general route was from the town of Clarksburg in Decatur County, north into the Posey Township area near Laurel-Andersonville, then east past Blooming Grove and into Union County, where the Quakers were at least marginally common. At Fairfield, the runaways would cross the river at Shawnee Ford, where it was shallow.

A Quaker named William Beard is considered one of the "conductors" of the Underground Railroad. He lived just south of Liberty. Union County Quakers met in the non-existent town of Salem.

As well, the legendary story of Luther Donnell is worth recounting. According to one history, a slave family who found sanctuary with Donnell eventually took the Posey Township route to freedom, via the Fairfield route. A link to Donnell's story is at the end of this entry.

Now for some juicy stuff from the Patricia Smith email:

"In Franklin County, I have heard of a house on the west side of the east Fork of the Whitewater right north of Brookville which stood about where the spillway is. It is said that it had a red door and that Negroes fleeing north were told that it was safe there. The house was reported moved to Fairfield
Avenue across from Riverview Apartments in Brookville."

Ms. Smith also says that there were, for a time, about 200 African-American freedmen in Franklin County. In 1850, she says, a town called Franklin was platted in (perhaps) Butler Township where blacks could live. The land didn't sell, presumably because ... well, maybe they didn't have any money.

Several settlers from the South brought black slaves with them to Indiana in the early days, though slavery itself had been outlawed. That connects to political manipulation by territorial Gov. William H. Harrison in the days prior to Indiana statehood.

I have been unable to determine if any residents of Fairfield participated in the Underground Railroad, though one would assume that the early settlers who came to Indiana were generally abolitionists. It's unrealistic to assume they did not at least have a working knowledge of the transit process. -- John