Railroads and the Panic of 1873 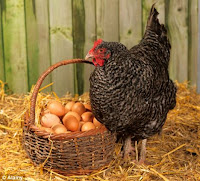 Without delving deeply into macro-economics in a blog dedicated to a town that was inundated by a federal flood project 40 years ago, it's nonetheless curious to see that the concepts of "globalism" are really not all that new.

One can connect some dots and see that the price of eggs on the Kelley farm east of Fairfield could conceivably be related to the price of iron ore in western Pennsylvania.

Fairfield was a unique community in that it never had access to a navigable stream, a canal (almost had one ... SEE THIS BLOG PIECE or see menu at right) or a railroad. Until the 1930s, its link to anybody was a couple of gravel roads and its erstwhile covered bridge.

But owing to the reality that all business in the 1870s was local, the price of Kelley's eggs did indeed drive the local economy. Whatever those eggs were worth depended largely on what the rest of the crop in the valley was worth when it was taken to market.

Usually by wagon to Brookville or perhaps Bath.

From there, that product was marketed again, put aboard a train and taken elsewhere, probably Cincinnati. After that, somebody else bought it. And so on and so on.

It's difficult to conceive of a global financial collapse in the 1870s, given the fact that Kelley's eggs usually ended up in the Johnston fry pan on the south side of town.

Alleging the Johnstons didn't raise their own chickens.

In 1873, the bottom fell out of the world financial market, such as it was in those days. Primarily driven by European investors, not much went right for about 6 years after that.

Well, it wasn't Henny Penny, the chicken from Fairfield Township.

Most people blame the railroads in America, though the problem was different elsewhere. A Wikipedia explanation of what went wrong:

"The American Civil War was followed by a boom in railroad construction. 33,000 miles of new track were laid across the country between 1868 and 1873. Much of the craze in railroad investment was driven by government land grants and subsidies to the railroads."

The railroads, it seemed, believed there was indeed a pot of gold at the end of every mile of track they laid, connecting towns to corn cribs almost at will.

More people were employed by the railroads than any other industry in the nation at the time. Speculators borrowed heavily to invest in the railroads, leading to overbuilding in almost every aspect. Whole towns converted their economy to railroad shipping.

But the debt was enormous and a return on one's investment was terribly slow. Investors were over-stretched, placing all their capital into something that would eventually pay off ... eventually ... eventually.

There was no money for anything else.

The price of coal went up.

The cost of running a railroad went up. Railroads could not meet their debt obligations and investors had no more free money left to bail them out. Workers lost their jobs.

In Europe, a long grinding Franco-Prussian war disrupted the flow of goods and services.

And of all things, the construction of the Suez Canal in 1869 was considered a cause for the collapse in Great Britain "because goods from the Far East had been carried in sailing vessels around the Cape of Good Hope and were stored in British warehouses. As sailing vessels were not adaptable for use through the Suez Canal because the prevailing winds of the Mediterranean Sea blow from west to east, British trade suffered."

The ensuing years led to a rather robust wave of immigration into America, creating the so-called "melting-pot" equation that would fuel a recovery of sorts. The cheap labor was harvested to build such places as ... Chicago.

It's difficult to evaluate the impact of the 1873 depression on the lives of the people in the Whitewater Valley. It's easy to conclude that depressions typically hit harder in less economically diverse areas.

But the nature of the local economy was also an ally. Chickens laid eggs regardless of whether the railroad ran on time.

One staple of life during hard times was that of the "scrip" nature of payment. In effect, a man or woman worked for somebody in exchange for goods or useless currency that could be spent in exchange for goods. The premise dates back in Franklin County to the 1820s, when hard times in the valley were first felt, though for different reasons. That will be explored in another blog entry.

"Scrip" as a means of currency is essentially illegal but was a driving force for the manipulation of coal miners, who were compelled to use the "money" at the company store.

MORE ON THE STRIKE