An education in schools 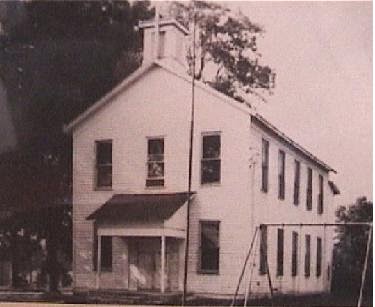 While our focus is generally on schools in Fairfield Township, we have most of that covered in the Fairfield Schools publication that Marilyn and Julie produced. It's at the library in Brookville and it's mesmerizing.

In digging through some of the early records, I learned that there was a very early school near Sims Cemetery, which at the time was still part of Franklin County. There was also evidently another school  on Templeton's Creek on the south end of the township. That was in the 1830s.

Schools in the early days were interesting in many ways, including:

* It was quite difficult to find qualified teachers.
* Students prior to 1849 were not necessarily entitled to a state-funded education.
* Literacy in Franklin County in those first years was considered very high.

So, what did the students learn? This from the Indiana History Magazine, (1930, Michael Bossert):

Webster's Elementary Spelling-book, first printed in 1803 or 1804, is a much more scholarly book. The edition most used in early Indiana was that of 1816. It is a speller, interspersed with stories and fables, like those credited to Aesop. It also contains maxims and sayings of the Poor Richard type. There are also so-called "Useful Lessons" which deal with facts of arithmetic, geography, other sciences, and morals as well.


Students usually went to school only in the late fall and winter months, after the harvest was completed. As the state became more urbanized, so did attempts to curb truancy.

In 1849, the Indiana General Assembly passed legislation that attached schools to property taxes and ensured that education would be free for everyone. The idea was not universally popular, since religious schools and more conservative areas of the county wanted more control over their children's education. Fairfield Township, considered progressive, was heavily in favor of free schools. By contrast, Highland Township (Klemme's Corner) was heavily German and those people preferred a private approach.

Three schools existed in Fairfield Township during the 1800s, and there were dozens of such rural, one-room structures in the area. One school was in Farm Hill, another on Saltwell and the main school in the town. Its location was pretty much in the same spot from start to finish.

More interesting was the role of the Sunday school in those early days. Students who attended were more likely to be instructed by a teacher of some "character" even if the subject matter was highly religious in nature. But the kids learned to read their Bible lessons and picked up a bit of morality along the way.

The beef about bad teachers was common:

The want of competent teachers to instruct in the township schools is a cause of complaint in many sections of the State, and it is to be regretted that in employing transient persons from other States, containing but little qualification or moral character, the profession is not in that repute it should be.

Sunday schools developed rapidly in Indiana. The fifth annual report of the American Sunday School Union in 1829 recorded one hundred Sabbath schools in the Hoosier state with 741 teachers and 5,651 scholars.

Pictured is the old elementary school at Fairfield. It was replaced in the early 1950s. For more on that, consult the Fairfield Schools publication at the Brookville Public Library.