From Cedar Grove to Connersville 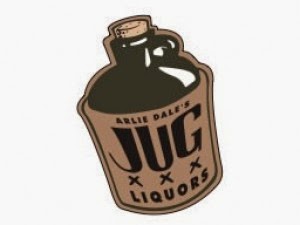 One of the earliest settlers in Indiana was John Conner, an opportunistic man who laid claim on major portions of prairie north of what was to become Indianapolis. Conner was heavily invested in trade with the native Indians and carved out vast areas of commerce in the early 1800s.

One of Conner's first ventures in the Whitewater Valley was at an area near where Cedar Grove was eventually founded. In 1808, he opened a trading post there. A Franklin County Atlas from 1882 describes an adventure at the store.

So goes the story:

Conner's store ... was the scene of many an early incident in the history of the county and Whitewater Valley; the story recently published in a local newspaper and entitled "The Little White Squaw--A Tradition of Early Times in Franklin County," had its origin at this trading post. The narrative has some probable foundation in part, and serves to illustrate the characters of the men and times under consideration. A few extracts are here given with such comments as are necessary to tell the story in the fewest words:

"During the latter portion of the last and the first of the present century, there stood on the river bank, about half a mile upstream from what is now the town of Cedar Grove, a trading post, known as Conner's Post. At present, all trace of it is gone, even the ground on which it stood has been swept away by the shifting river. After it was vacated, the trader, Conner, went farther up the river, establishing another post at the place where our neighboring city of Connersville is now situated, and from him the town received its name.

"The structure was rudely and strongly built of logs, containing for barter those few necesities required by the first settlers and many trinkets and bright woven materials to attract the Indians and exchange for furs. Chiefest among these commodities were powder, lead and whisky.

"At this post the trapper, scout and hunter would meet and relate their various experiences and purchase their supplies, and often the squalid Indian, too, would idle away the hours in lounging and drinking.

"Thus it happened on a sunny autumn afternoon, when a few men were seated upon boxes, benches and barrels, conversing with a tall, powerful savage with a grim and evil countenance, who for want of a better name may be style 'The Wolf.' He deposited a small quantity of furs and asked for liquor in return, and having received it he immediately swallowed a portion of it and sat down glancing furtively here and there, his black eyes flashing with a metallic glitter.

"He seemed to be known and disliked by the whites, as they seemed to be hated and suspected by him. he drank freely of the intoxicant, and, as his brain became elated with it, he forgot his cunning and grew garrulous and boastful, seeking to awe the hunters by stories of his powers and of what to him were his mighty deeds of valor, but which, in reality, were thefts and murders, executed, oftener through treachery and cunning than any boldness on his part.

"Stopping every few sentences to refreshen his throat and memory with potent drafts o the whisky, he boasted exultingly (sic) of securing scalp after scalp, until he led up to what he gloried in as his grandest feat of arms, which victory procured for him the most beautiful of all the scalps which hung in his lodge.

"The Indian finally boasted of having killed and scalped a beautiful young white girl; told all the cursed details as only a drunken Indian can tell such particulars.

"The reader can see how that Indian had made one egregious blunder, in thus giving publicity to such a secret, in such a party.

"At the termination of the narrative some of the white men sprang to their feet with bitter curses on the red demon, whose heart was a stone, and while the hands of all sought gun and knife, the trader hurried forward, and a grey-haired scout, with a fierce determined look, pointed up the river trail and said, 'Wait.'

"The vaunting savage dimly understanding that he had told too much, struggled to his feet, and after again drinking freely of the liquor, purchased a quantity of powder and lead, and staggered away from the post up the trail.

"It will not be necessary to follow the Indian very far on his course, because he came to a sudden halt about sunset, at which time a sharp report rang out, a puff of blue smoke floated heaven-ward, a heavy body fell to earth. Two hours later, the moon rose up and sent down through the branches long slanting rays of light that touched red stains which were not drifted sumac leaves. The Indian was never seen again; none of the white men at the post ever questioned whither he had gone."

Some links to Conner

A BIOGRAPHY OF THE BROTHERS