The lake, some particulars

Amid the history of Fairfield, it doesn't go without saying that the reason the history is important is because it abruptly ended. Most communities have a history and watch it slither past without as much as a nod of the head. Too bad.

But Fairfield was lost to the lake. What about that lake? Here's a little background. Without it, this history might be slithering past without so much as a nod of the head.

From the Indiana DNR web site:

"The Whitewater River may have been misnamed because there is really no true white water on the river. However, there are many rapids due to the steep gradient present. In fact, the Whitewater is said to be the swiftest river in the state as it falls an average of 6 feet per mile." 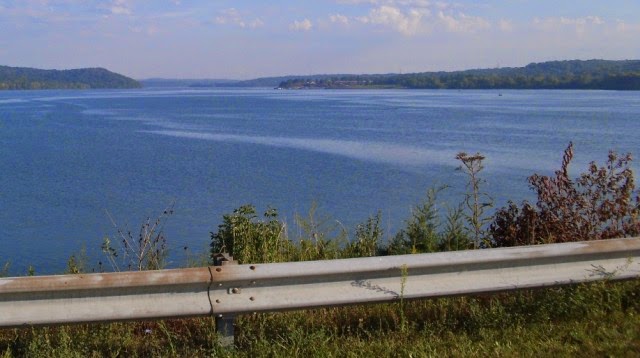 The DNR report further describes the river at its source and its conjunction with the West Fork:

"The river in southern Randolph and Wayne Counties and flows in two main branches which are scarcely 10 miles apart as they flow southward before joining just south of Brookville. From there, the Whitewater flows southeasterly into Ohio where it eventually joins the Miami River, a tributary of the Ohio River."

The watershed is generally steep. The river was formed as the retreating glacial ice sheet dumped its meltwater to flow toward the Ohio River. Thick deposits of sand and gravel resulted and still characterize the river’s bottom today."

Construction of Brookville Lake began in 1965 and the reservoir began operating in 1974. The purpose of the reservoir was to control flooding in the Whitewater Valley and control flows into the Ohio River. The lake is also a municipal water supply for the region. 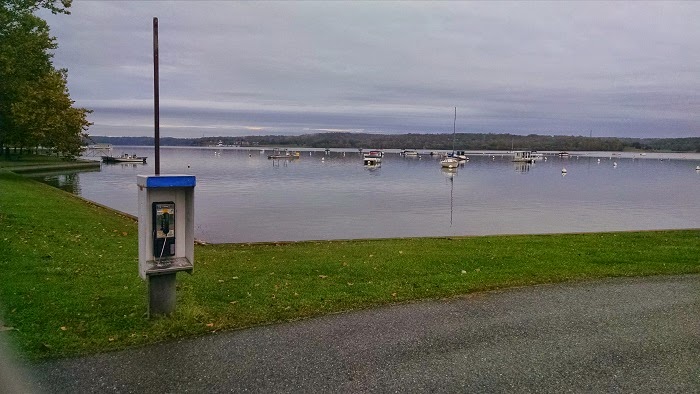 The reservoir is managed by the U.S. Army Corps of Engineers. Land surrounding the reservoir is leased to the Indiana DNR for recreation and wildlife management.

The Corps of Engineers also manages the lake level. The DNR leases the acreage surrounding the lake from the Corps. The Corps lends staff and program support to the lake and its naturalist and interpretive programs.

Photos:
(Top) The dam just north of Brookville is 2,800 feet long, 180 feet high and is made of earthen fill.
(Middle) The lake at the Fairfield Causeway. The light-colored area is the natural channel of the East Fork.
(Bottom) The Fairfield Marina is just west of where the town was located.