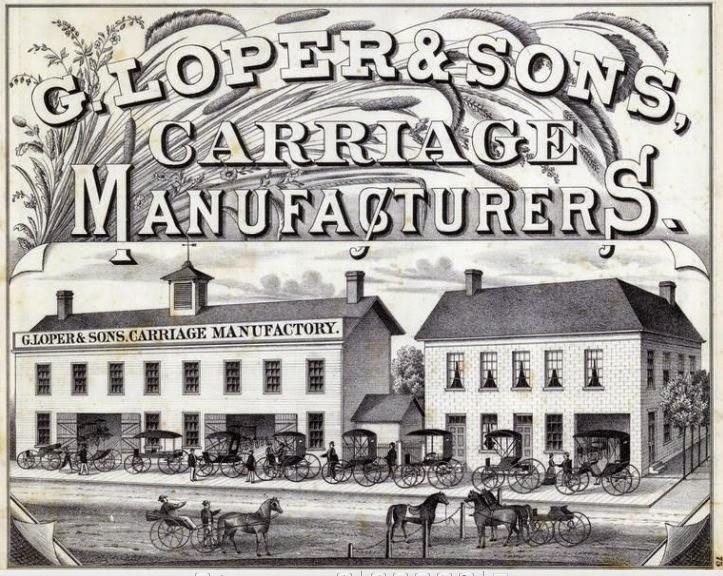 What we remember as the old "buggy factory" in downtown Fairfield was actually once a quite thriving business in an industry that demanded excellence in style and durability.

Leather working, harness making, blacksmithing ... all tools of a very important trade. These were horse carriages, not to be confused with the horseless variety that uses too much gas, pollutes the air and is great for some of the best commercials on television.

A number of men were engaged in the leather business, but chief among them was the fabled George Loper.

Among the enterprising business men of this couny ranks Mr. George Loper. he was born in Fairfield, October, 19, 1829, the son of Oliver and Hester Loper, nee Baxter. They came to this county in 1818 from New Jersey.

His youth was passed on the farm until his twenty-fifth year, when he began life on his own account. On April 29, 1853, he was married to Miss Susanna Harrell, daughter of William Harrell, of Fayette County, this State. Their family consists of Mary, Lorea, Louis, William, Douglas, Pleasant, Minnie and Amos.

In 1854, he spent one year in the tannery business and then four years in the carpentering business. In 1856, he started the manufacture of carriages and buggies, beginning in a very small way.

He has, by arduous labor and strict attention to business, secured one of the largest and finest trades in this section of country.

The first year he only turned out some five or six jobs, now the capacity of the factory is some 200 buggies per annum.

He has a show room in Connersville, and his turn outs are recognized and well known throughout this entire section.

In politics, he is a strong supporter of the Democratic Party, and always takes great interest in the affairs of that political organization. His son, Louis was admitted as a partner in the carriage factory July 1, 1882. 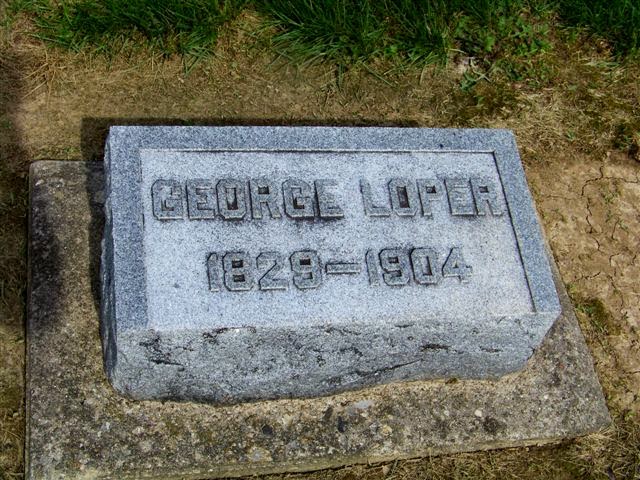 What we know about Loper is that he and his family are buried in the Sims-Brier Cemetery east of Fairfield. Loper was originally buried in Brier; he died in 1904.

How thriving was his business? It would appear that producing 200 buggies in a year's time (about one a weekday) would have been substantial but I can't determine the extent of that without knowing his resources or available labor force. His sons were part of his business.

The main factory was in the building just to the east of the Fairfield town square. The larger building on the corner was the warehouse and showroom.

I did discover that a tidbit about Loper's business appeared in an 1892 copy of the Hub, which was the carriage industry's publication of choice.

I am so far unable to determine when his business in Fairfield ended, though an item in "Fairfield: Town Under The Lake" says at least two fires struck the Loper factory though neither was devastating.

I have read that it was not uncommon for buyers of carriages to visit Fairfield and stay several days in the town's hotel while their buggies were being trimmed.

The 1890s, "the Gay Nineties," was the decade of the distinguished carriage. There were dozens of styles. An early ad says he also built "spring wagons."

The 1892 trade publication "The Hub" is loaded with advertising and industry news. I've found it online though it's rather cumbersome to read. Nonetheless, I've harvested some advertising that shows the scope of products and materials that a carriage-maker would need.

Varnish seemed to be a pretty big deal.

The gasoline engine had been invented but it would be awhile before Henry Ford made it affordable to the masses.

As George would say: "Any color you want, as long as it's black."

The sketch at the top of the page is from the 1884 county Atlas. Apparently it was an advertisement. Extremely detailed artwork. The actual Fairfield buggy factory (left) looked vaguely like the building on the right in the drawing. I have no details on the fate the larger building.

You can actually buy that drawing (and many others, as well as maps) for around 20 bucks.

THE LINK FOR THAT 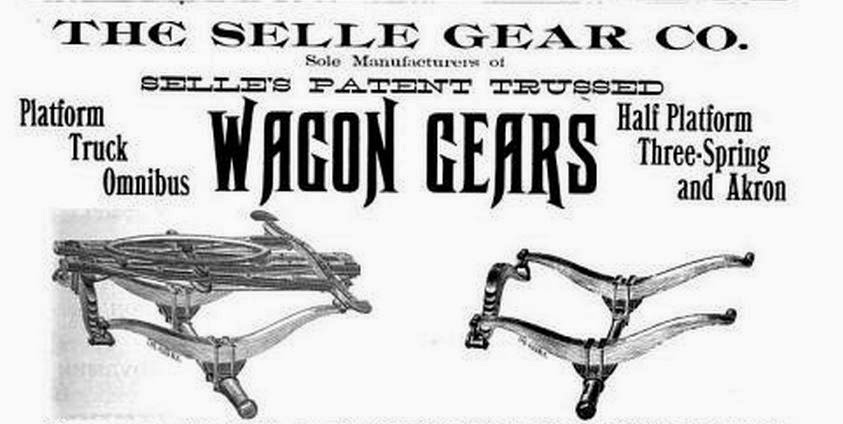 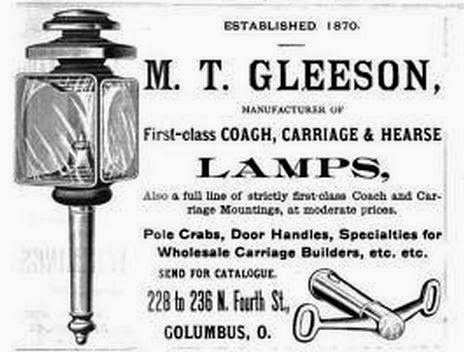 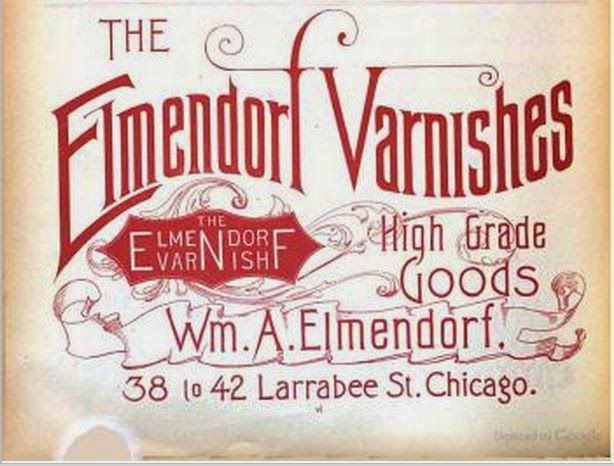 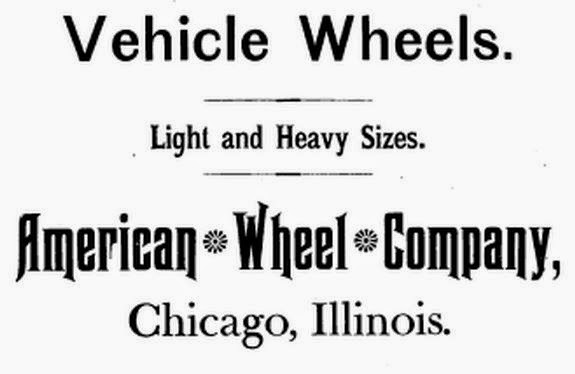 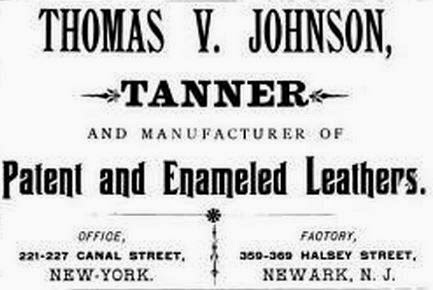 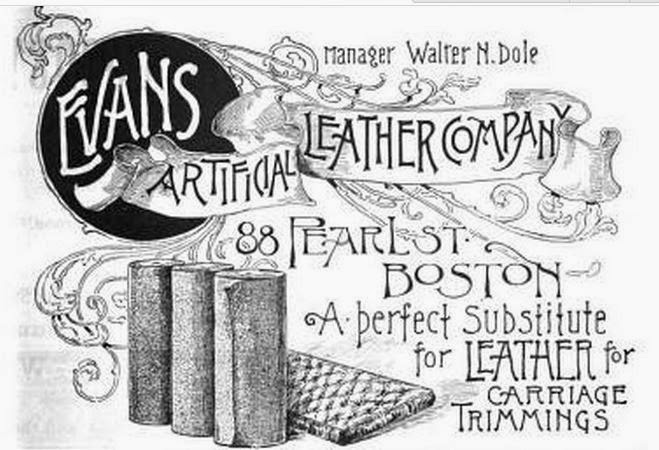 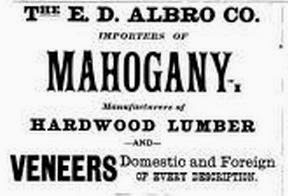