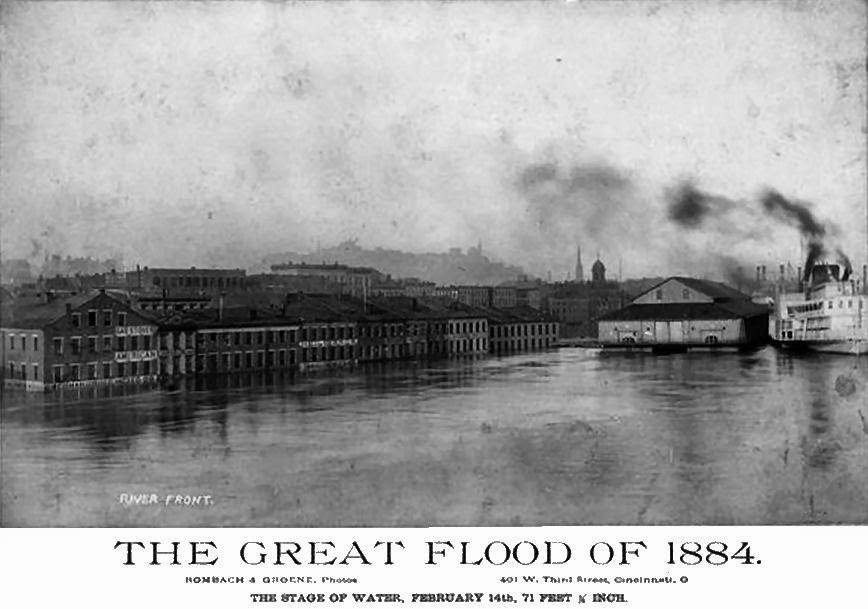 What we know about the streams that were downstream from Fairfield is that from the earliest recorded memories, flooding occurred.

There isn't evidence of much flooding on the East Fork of the Whitewater at Fairfield, though high water downriver was, more regularly than not, significantly more than a nuisance.

I looked into flooding from the other end of the river with a snapshot glance of Dearborn County's known history, as recorded in 1915 by Archibald Shaw. Shaw's work doesn't differ in format from a similar work by August Reifel that covers Franklin County history. Since the works are from the same year, one presumes a coordination of effort. That's irrelevant.

Shaw says the first authenticated "considerable" flood in the Ohio valley was during the winter of 1788-89.

"The great height attained by the water prevented the troops arriving at the mouth of the Great Miami from occupying Fort Finney. This same flood deluged the little settlement at Columbia, above Cincinnati, only one house escaping the deluge. The soldiers there were driven to the loft of the block-house and from there to the one boat they had."

Prior to that, the native Indians were not inclined to much care about flooding on the Ohio River, since they simply waited till the water receded, then used the stream. The earliest settlers in the Whitewater Valley were somewhat more impetuous. 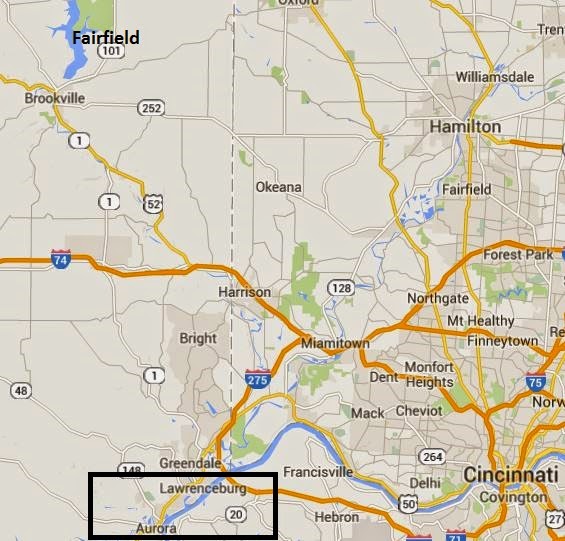 Shaw's research says the next most important flood was in 1825, but it's not well documented.  He moves on to 1832, where we are beginning to spot a trend: The Ohio River could sometimes be a little nasty.

"During January of that year there had been a heavy and continuous fall of snow and by February 1st the ground was thickly covered, but the weather turned mild and a rapid thaw set in.

"About a week later a mild rain began, which continued without cessation for four days and nights. Very soon the rise in the river grew alarming. Merchants along the river front at Cincinnati were compelled to move their goods to second stories."

Shaw asserts that the river took a heavy toll on "nearly every town" between Pittsburgh and Louisville.

"Houses, barns, fences and anything about lowland farms that would float were seen passing down in the turbulent stream. On the 24th the river had so far receded that it returned to its banks, the flood having lasted 12 days."

Lawrenceburg, which took the brunt of most flooding over the last 200 years, was about 8 feet under water at the crest of the flood.

It couldn't get much worse than that, right?

With the rule not being the exception, the Ohio River and its upstream streams flooded nearly every winter or spring. Some years, not so bad.

There's no need. He has plenty to work with.


"The next flood of serious consequence was that of 1847 This flood stands out unique in that it is the only flood of record that occurred during the month of December."

Within a few days' time, the river rose to a then-record 63-feet-7 inches. "The water had broken the record for suddenness, but the damage done was not so great as that of 1832."

When one flood isn't enough, do it again and again until you get really sick of it.

The 1882 flood had been developing for several weeks, and sandbagging in late February was designed to hold back the rising Ohio. As the swollen Whitewater and Miami rivers kept dumping into the Ohio, the heroic efforts soon failed.

"The screams of the people in the lower parts of town, when they were aroused to the fact that they were surrounded by the flood of waters, were distressing in the extreme. The mayor had arranged for giving a signal of alarm by the ringing of the church bells, and when it was known that the flow was coming the bells pealed forth their terrible warning."

"It is surprising how many families were driven so hastily from their homes, on account of the sudden rise of the waters within the city limits, which in its mad career seemed to wash, upturn and drive everything before it." Shaw says only one known death occurred as a result of the 1882 disaster.