The dead -- an overview

Lots of rumors circulated at the time about the fate of the cemeteries in the Fairfield valley, what would become of them and how they would be moved.

Oddly, there are still stories floating around various trailer parks about how the dead haunt Brookville Lake and that hundreds of graves were simply ignored and flooded.

It's amusing, really, even though it's sad that people still believe that. The incontrovertible evidence is abundant. A few lost unmarked graves were probably never found. No one will be able to answer that.

Two main cemeteries -- Sims on the north edge of town (in Union County) and Brier on the south edge -- were moved, as well as several other smaller plots in the Quakertown area, south toward the county line. All of those cemeteries were relocated to a plot not far from Old Franklin Church on Causeway Road.

Lots of legitimate stories from those graveyards.

The best research on the moving of the graves was done by Jim Senefeld, whose history about the final days of Fairfield is breathtaking in scope. His work appears graciously in the "Fairfield: The Town Under the Lake" publication that was produced in 2010 by Julie Schlesselman and Marilyn Luke Gausman.

Others also contributed to the story:

“Bids are to be let June 18 for the move of cemeteries in the valley. The two largest are Sims, with 890 graves, and Brier‟s with 382 graves. The remainder range from Old Templeton with 59 graves down to one cemetery with a single grave.”

“The graves will be moved to ground formerly owned by Herbert and Hazel Sherwood, one-half mile west of new Indiana 101 on the Bath Road. The same markers will be used as now at the present graves but will be placed on concrete bases. Those unmarked graves will have a marble marker but nothing but a number will be inscribed on it. This marker will be six-by-14 inches in size.”

“The moving of the cemeteries will be handled by a resident inspector and not by the resident engineer. This inspector will be
named within the next few weeks.”

Graves were dug according to known burials – a headstone, a footstone or written documentation. As far as the project supervisors knew, all bodies had been exhumed, but in all probability, a few unmarked graves and unidentified burial sites surely remained. By the time of exhumation in 1971, over 160 years had passed since the county was officially established and some documentation and oral tradition must have been lost as to the whereabouts of all burials outside of the larger two community cemeteries.


The basic process was that after a complete survey had been made of the cemetery that mainly local people were hired to dig the graves. They began at the west front of the cemetery and moved row by row.

When a vault or coffin was found, the undertaker was called over, and he and the engineer watched the removal of whatever was found in the grave.

Anything buried in the grave, such as jewelry or personal items was moved. In the case of the complete deterioration of a wooden casket, the bones and any other items were placed in a gray-painted pine box and moved. No family member could claim an item from the grave.

Oddly, the Sims location would not have been flooded by the lake. However, there would have been no access to it once the water filled the valley. Corps of Engineers officials feared that an isolated cemetery without ready access would be easily vandalized.

So in summary, there is no wholesale abandonment of the dead under Brookville Lake. It makes for a nice story but it's a story whose time has ended. There's a campground now where Sims was located. If anything is ghostly, it's a campground.

Who was buried in our graveyards?

Some very very interesting people. (We will have much more later.) 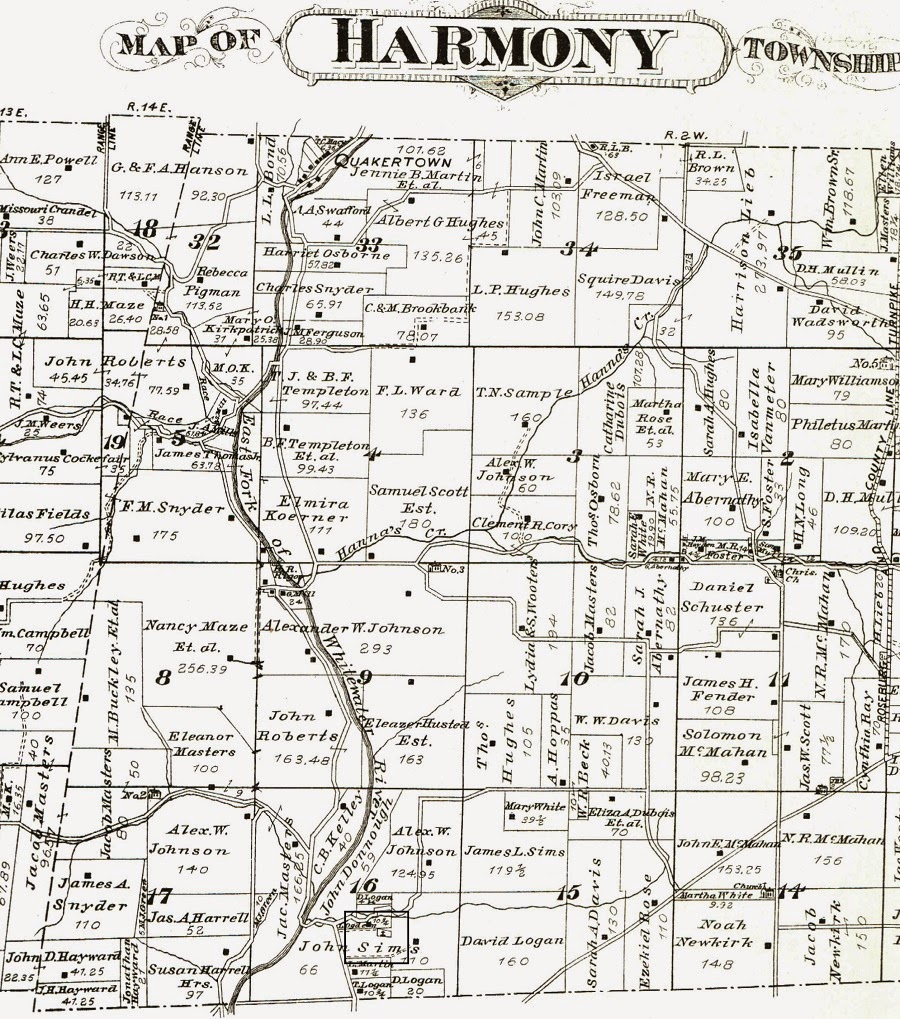 The rectangle at the bottom center of this 1882 map shows the location of Sims Cemetery. 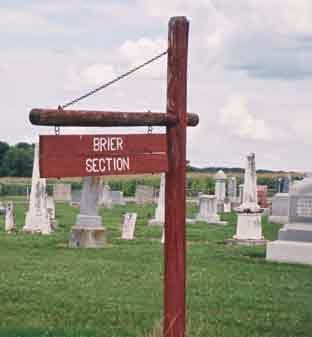 Our cemetery, from outer space.