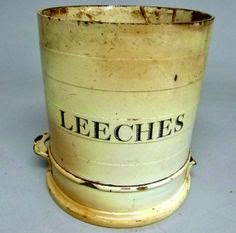 As much as life on the frontier was for the hale and hardy, it also took its toll on the settlers in the valley.

Indiana University professor Logan Esarey, in his 1918 history of Indiana, does a quick hit on 19th century medical science, far far away from the local hospital or clinic.

Long days of clearing fields, hunting for food or just building fences ... the sore back was probably the least of the Fairfield settler's complaints.

"In almost every household there was some old Hippo, broken either in body or spirit, or frequently both," Esarey writes.

"Ague, perhaps, had robbed him of the vitality necessary to compete in the hard struggle. He could name a dozen diseases working on him. From his ailments, he had constructed a science. His corns and his rheumatism warned him of approaching changes in the weather. The pale, red, setting sun foretold a disastrous plague, most probably smallpox or 'yaller' fever."

Even today in some rural climes, the locals claim the weather has an effect on their joints, and there's plenty of science to prove that weather changes have an effect on blood pressure and breathing.

Not that anybody in rural Indiana in 1820 paid much attention to that.

"The crackle of the burning backlog announced an approaching snowstorm. The thick corn shuck, the low-hung hornet's nest, the busy woodpeckers and squirrels were sure signs of a hard winter."

It would be a few more decades before the Farmer's Almanac made a profit from being almost as accurate. Old Hippo was the man to trust when it came to weather.

"In the art of forecasting he was the successor of the seers, soothsayers and astrologers, last and least harmful of all the parasitic train."

Science has usurped Hippo's throne, though traces of his reign still linger. "By his shrewd observations, his persistent guessings and "I told you so's" he gained a vast influence over the unscientific community. Hippo was also a medical man. His specialty was bitters."

In other words, if it doesn't kill you, it will make you well.

"On fine days he would potter around the premises gathering roots, leaves and bark and concocting his nostrums. At other times he ventured as far as the store or to some neighboring crone where he compared theories, observations and experiences in the interest of his compound science of prophecy and pharmacology.

So complete was his sway in this field that few homes could be found without its jug of bitters and so persistent has been that influence that few of us today are able to defend ourselves against the patent medicine fakers who cater to our inherited weakness."