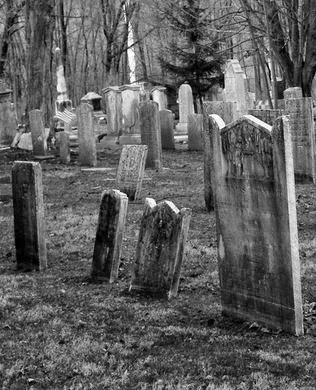 It's perhaps a wonder we survived at all. The 19th century offered challenges that seemed daunting at the time, impossible to imagine today.

The idea that whatever did not kill you probably made you stronger is less an adage than a fact for the early settlers of the Whitewater Valley, on into the end of the 19th century.

Various history books explore the nature of public health, concluding that little or no progress was made toward improving it. Realistically, it was nobody's fault. It wasn't as though Indiana somehow rejected the concept of modern medicine.

Well, it was beginning to exist but there were few qualified doctors in the rural valley, and most diseases were difficult to recognize until it was too late. The "consumption" killed too many people. As if a falling tree or snakebite wasn't enough.

"The influence of the medical schools was beginning to be seen in the changed attitude of the people toward the herb doctors. However, it was not customary to call a physician until the patient's life was in danger or until a case of pneumonia, typhoid fever or some usually fatal illness became well defined."

Sanitation was generally hit-and-miss, and such scourges as cholara, typhoid, malaria and influenza spread more through ignorance than indifference.

"Typhoid fever would scourge a whole community until its mysterious course was arrested by the autumn rains or winter. As if to aid its deadly progress, all the well persons of the neighborhood, in relays of four or five, would sit up with the patient without ever suspecting that they might thereby contract the disease."

Childhood diseases such as croup, whooping cough and dysentery were dreadful.

"Infantile mortality was high. While the statistics are not at hand, it seems that half the children in the family died before reaching maturity. There were very few public cemeteries at this time. Each farm, as a rule, had, somewhere near the house, a small plot which was used as a family burying ground."