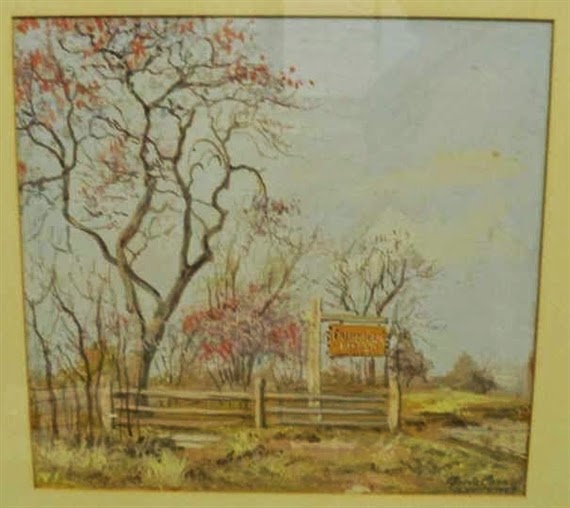 The iconic Fairfield Redbud was always "just there" on the roadside a half-mile or so north of town. It had a white rail fence around it and a wooden sign that simply said:

No plaque, no details.

So what was the big deal?

For many who passed the tree on old SR101, probably no big deal at all. For the rest of us, ah ... not much of a big deal either.

"It's the oldest redbud in the state," my mother once told me.

"How do they know?" I probably asked.

"It just is," was probably the answer.

According to what we know, which is way more than enough to posit a true story about the old tree, it indeed WAS the oldest in Indiana, alleging all redbuds in the state had been observed and analyzed.

The history of the tree goes back to the Depression years when the Roosevelt administration opened the WPA jobs program, one that was responsible for generating the funds to build the state highway. Men worked on the WPA for a couple of days a week, depending on need. The pay was about a dollar a day.

The highway replaced a road along the east side of the Whitewater River that nobody can seem to remember. Well, no wonder. This was in the early 1930s. Besides, the main route into Fairfield from Brookville was on the west side of the river.

In any case, when the state surveyed the route for the highway, other biologist-type people were called in to study the flora, the fauna, the trees, the streams ... and somebody stumbled across the old redbud tree. All this information comes from a man named Gayther Plummer, who knew much about the history of the tree.

The biologists were trained in such matters and were aware that the tree was much older than normal. Exactly how they determined this is a classified secret. I bet they counted wrinkles.

The highway was scheduled to be built not far from the tree but the path was modified slightly to allow the road to be close enough to the tree so that the public could enjoy it.

And so we did. The tree lived until at least 1974. It's gone now and so is any evidence it existed, including the fence. One wonders what happened to the tree but it was old and had suffered from some damage, probably a lot more as the reservoir was being built.

You can still drive along the old highway toward Hanna's Creek launch. At about the Union-Franklin county line, on the west side, the tree's ghost will linger.

A 1948 U.S. Geological Study map is attached. The circled area is generally where the tree was located. The red line indicates the course of  SR101, which bypassed Fairfield. We never could catch a break.

The photo at the top is a 1945 watercolor by a regionally esteemed Connersville artist named Fritz Conwell, whose work is available if you do an internet search for him. 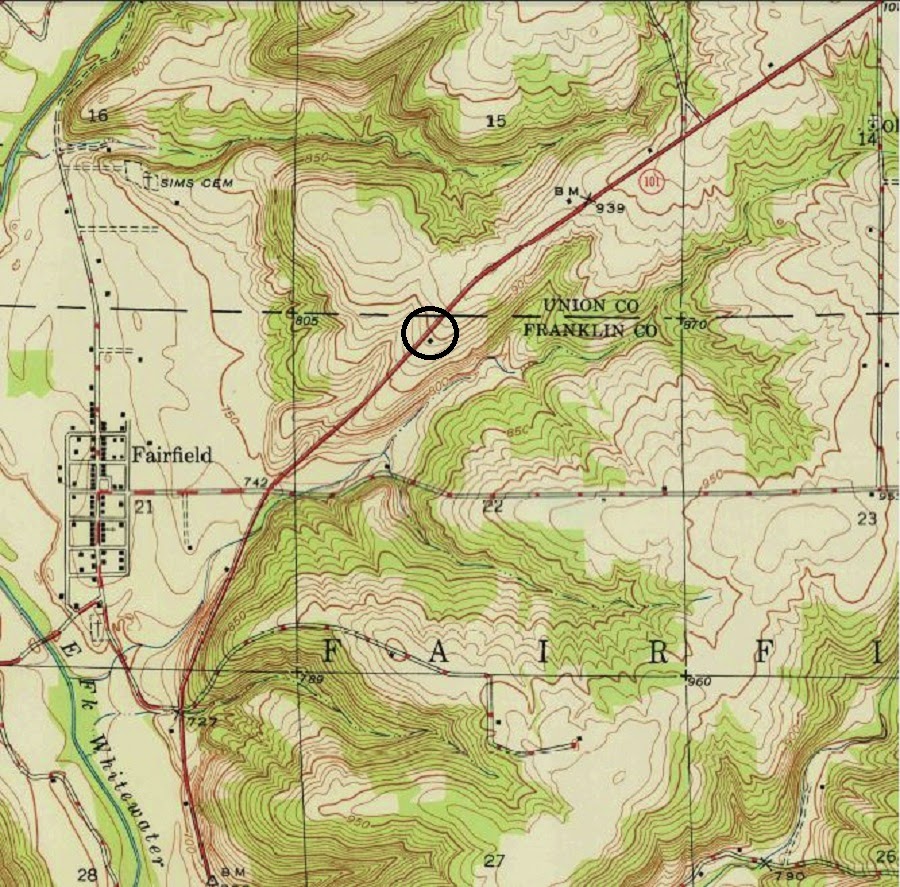